Joben Bistro – A Steampunk Designed Bar That Takes You in the World of H.G. Wells or Jules Verne

Steampunk, initially a sub-genre of science fiction that typically featured steam powered machinery, common in and around the 19th Century, in British Victorian Era or American “Wild West” period and present in the works of Jules Verne or H.G. Wells, has evolved and expanded in so many areas, establishing itself as a culture and lifestyle.

These days, steampunk can refer to any of the artistic styles, clothing fashions, or subcultures, that have developed from the aesthetics of steampunk fiction and it`s not limited to machinery. Some fans of the genre adopt a steampunk aesthetic through fashion, home decor, music, and film.

This is the case for the Joben Bistro, a new pub which recently opened its doors in Cluj Napoca Romania, whose design and and interior decor is inspired by the aesthetics of steampunk.

The initial idea for the pub decoration was the industrial design but considering the objects that were chosen, evolved into steampunk. Joben Bistro is divided into three rooms and pleasantly surprise with the attention to the details. All the three rooms are decorated with objects that follow the steampunk aesthetic and are illuminated with lamp shades in form of toppers, that`s why the pub was named so ( “joben” is the Romanian word for topper). So, being surrounded by a zeppelin, the flying bike of the invisible man, clocks with propeller and mechanized lighting lamps, line between reality and fiction becomes very thin.

The most pieces that form the theatrical décor of the pub that seems detached from the novels of Jules Verne or H.G. Wells have been gathered from flea markets, auto dismantling or scrap iron.

Take a look at the image gallery below and if you ever get in Cluj Napoca, Romania, Joben Bistro is a place you should not miss. 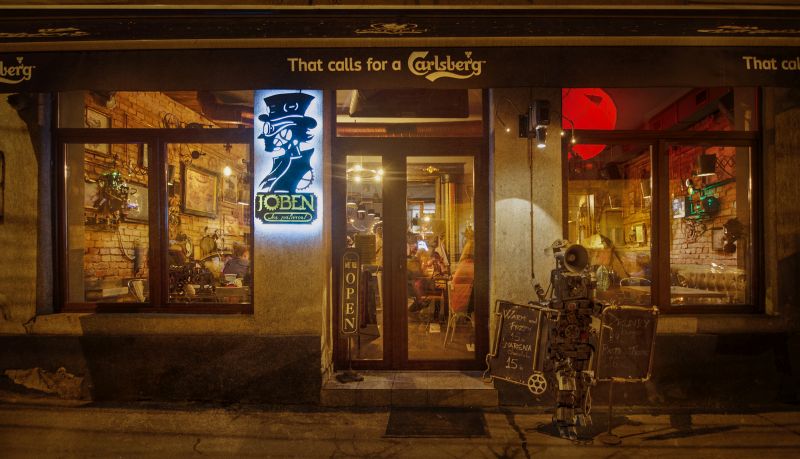 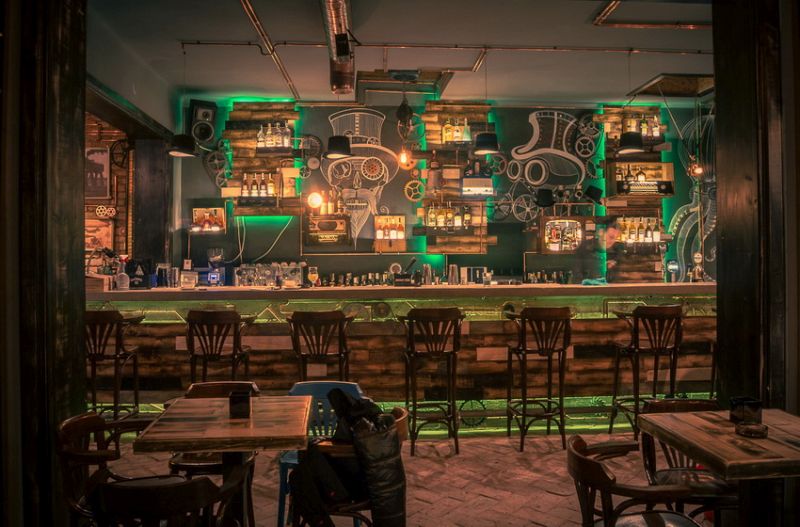 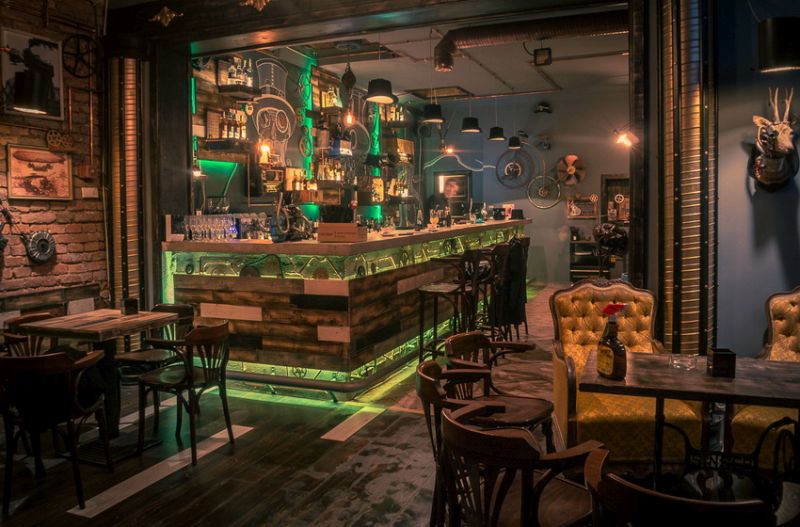 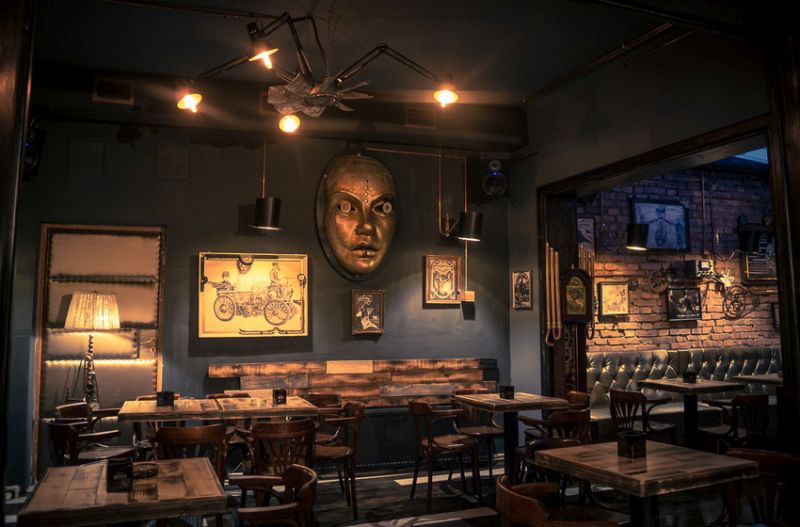 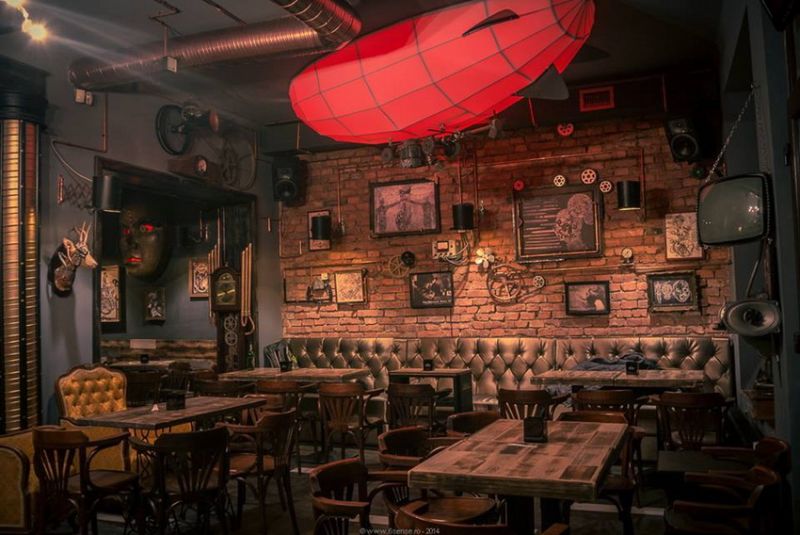 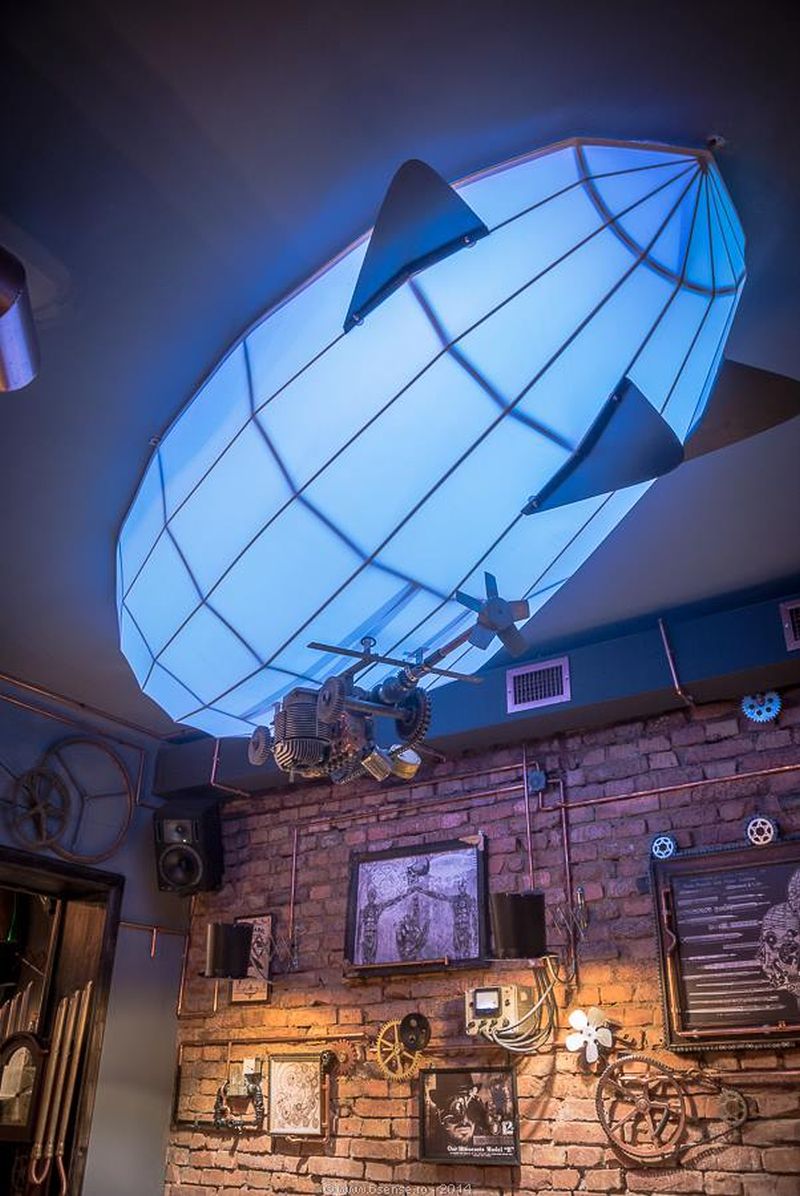 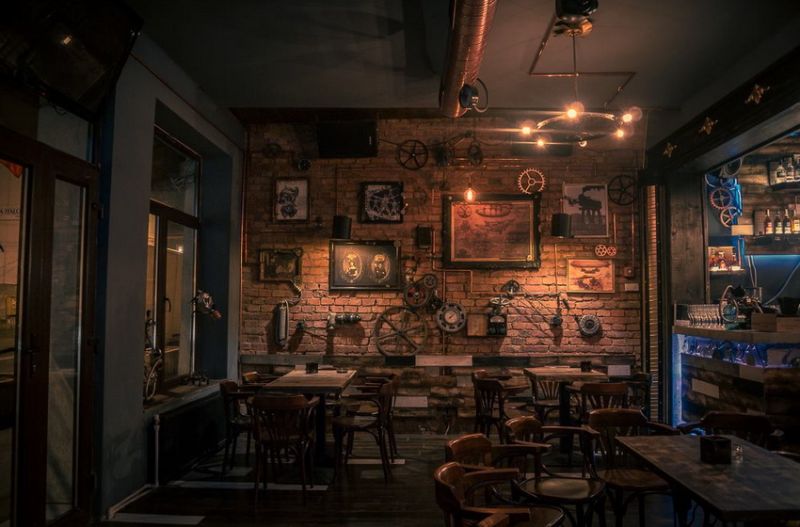 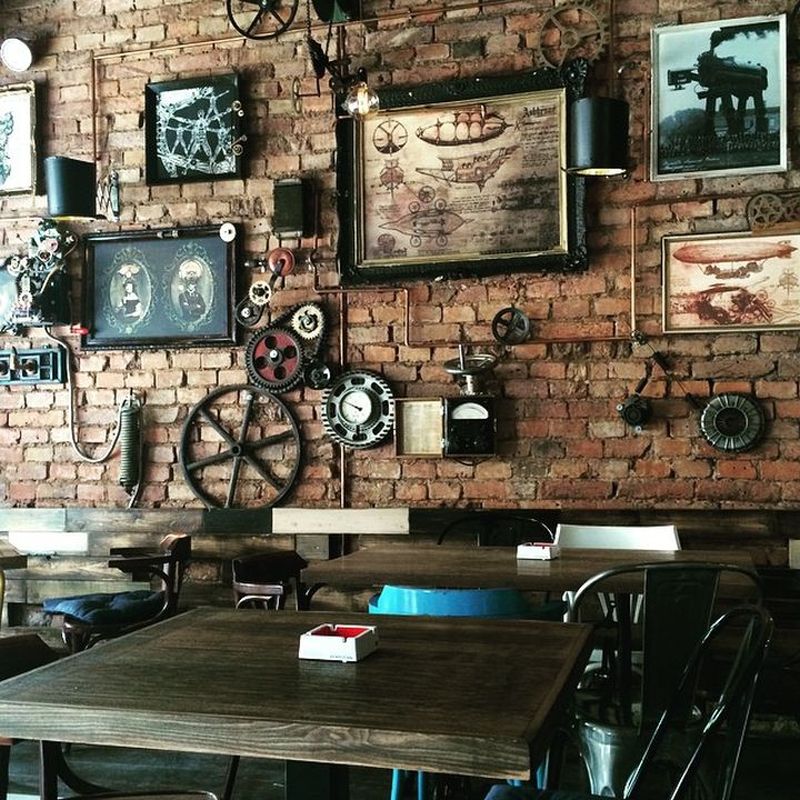 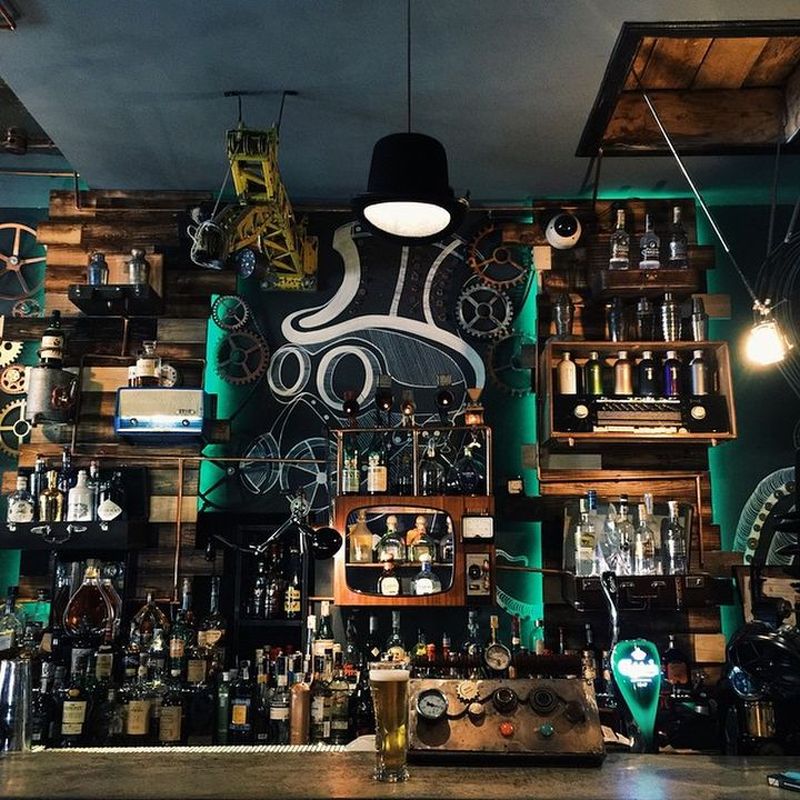 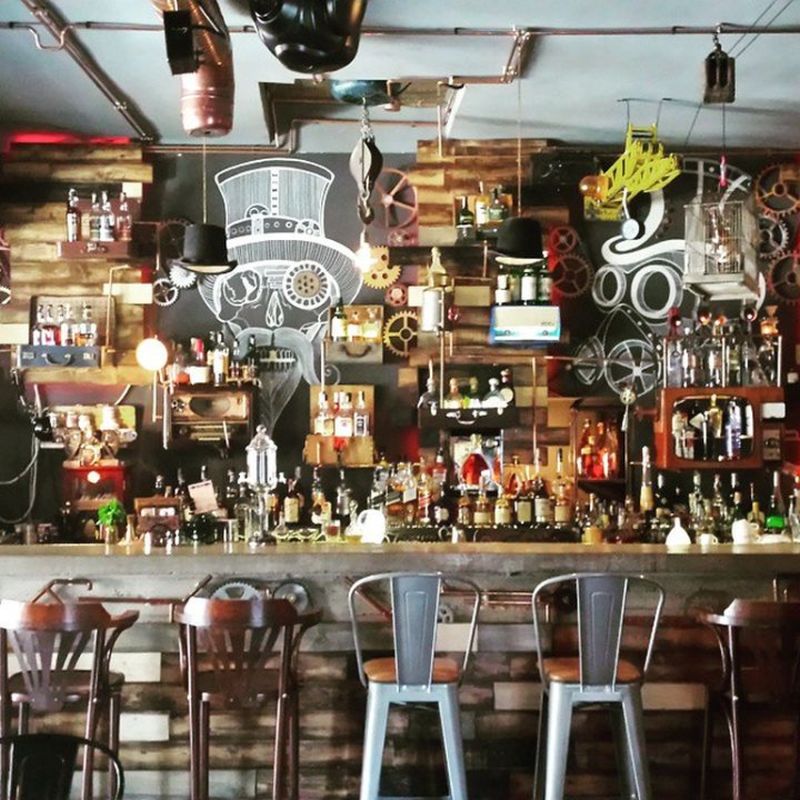 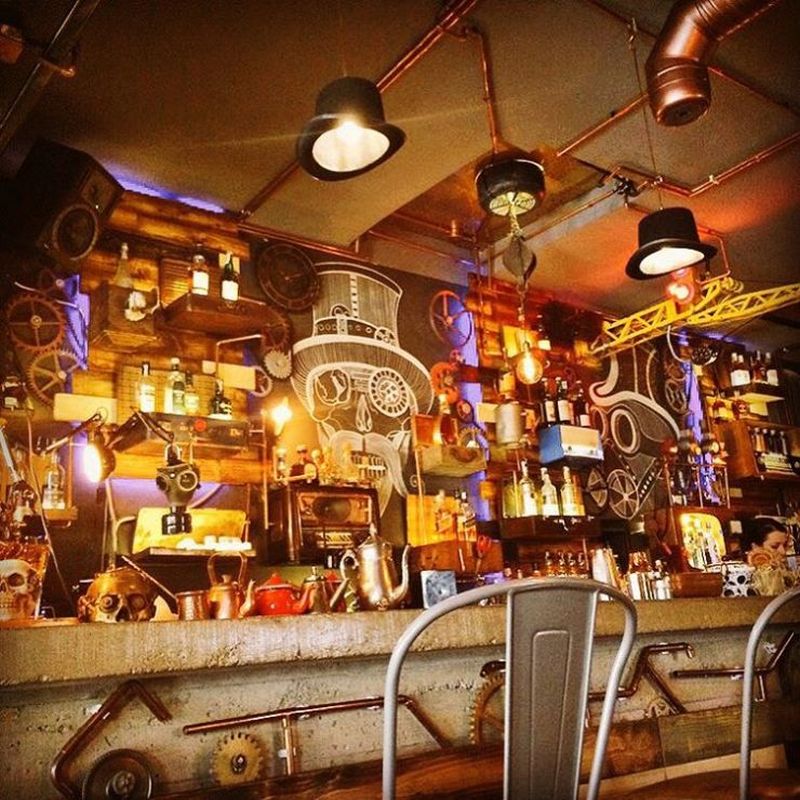 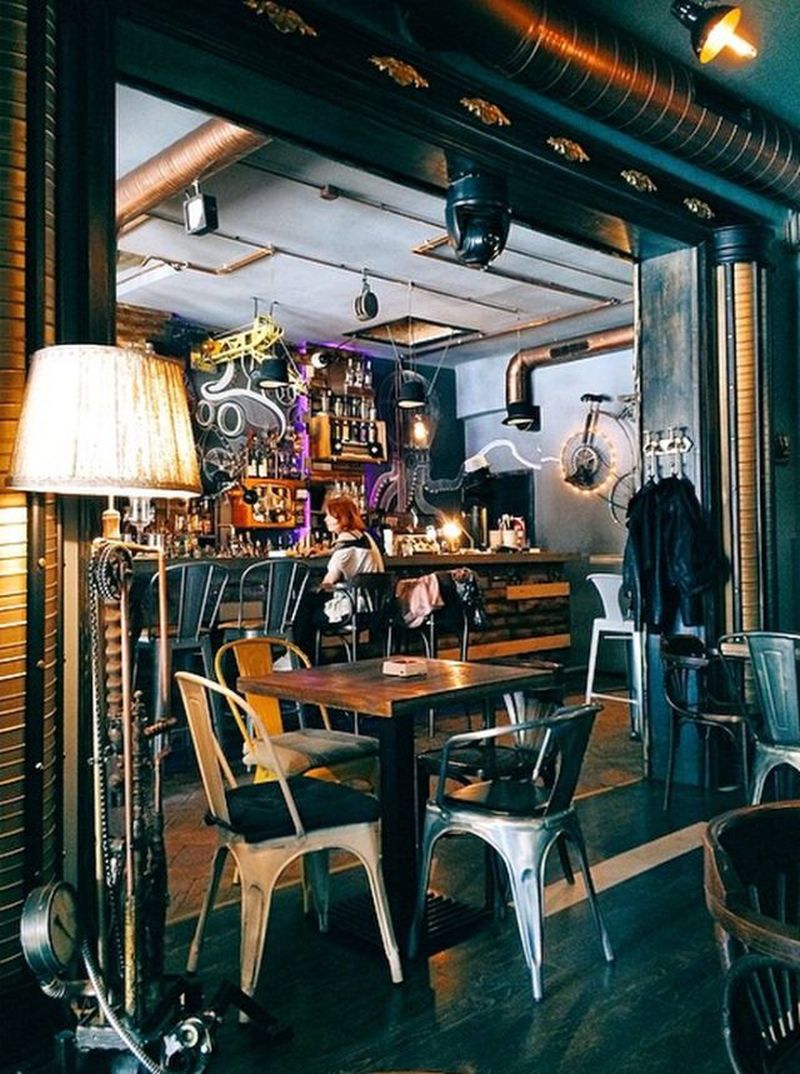 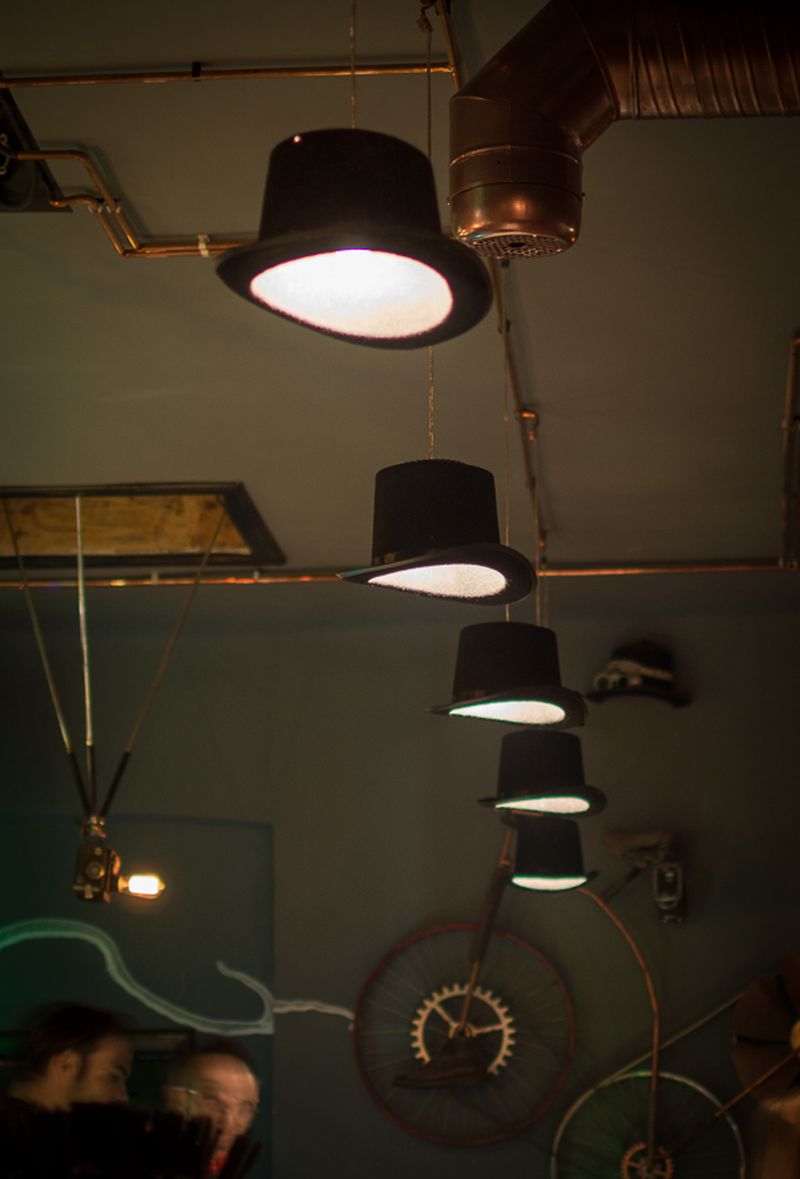 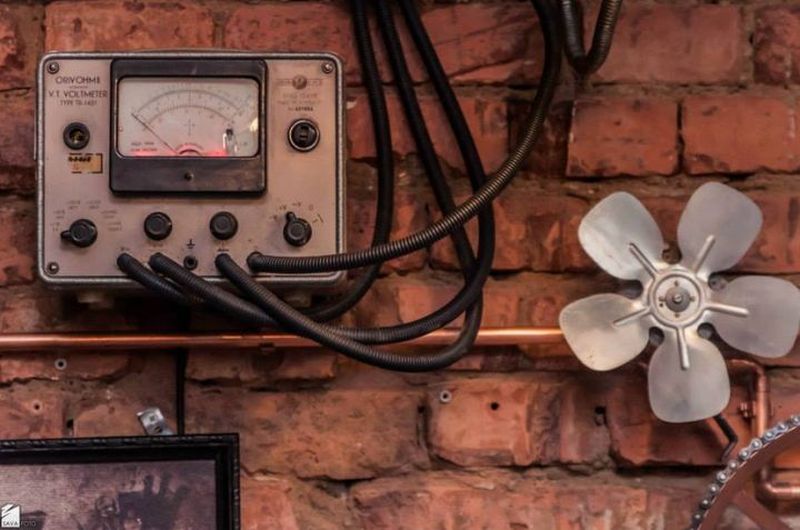 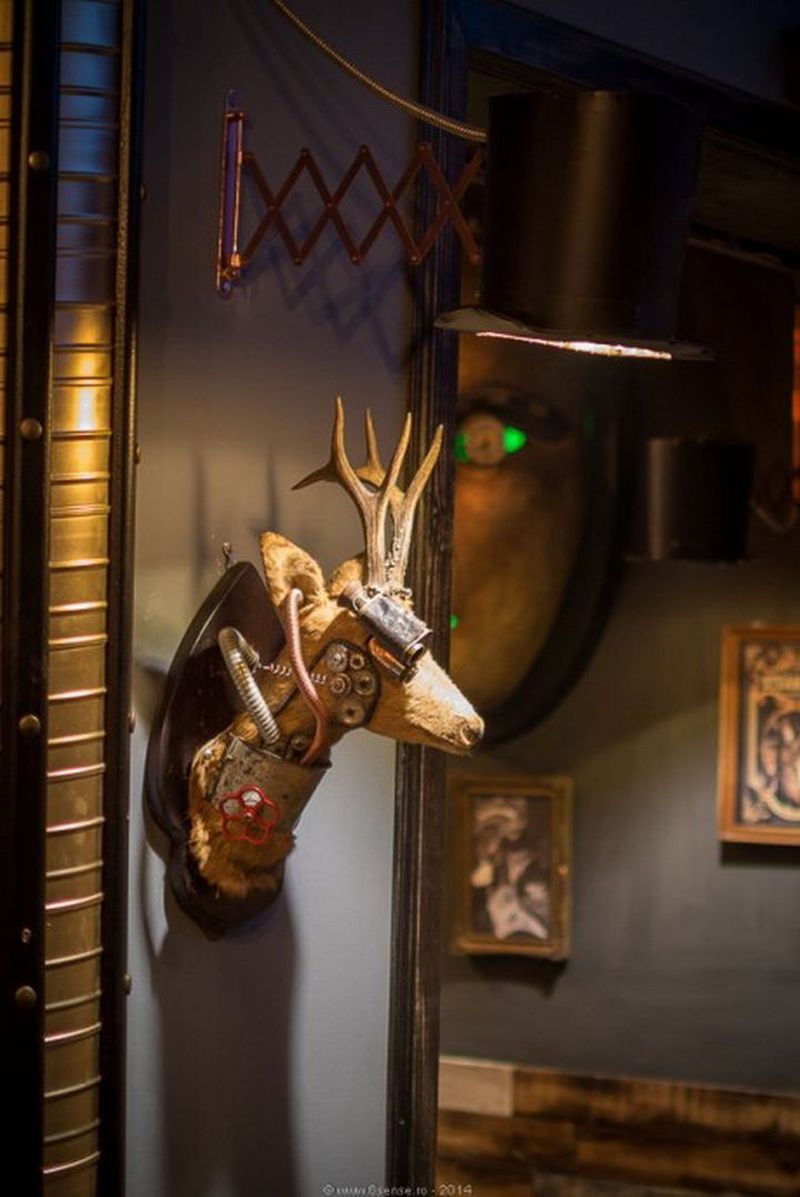 « Trash Polka Tattoos, Explained and Illustrated
10 of the Most Beautiful Abandoned Places from Around the World »